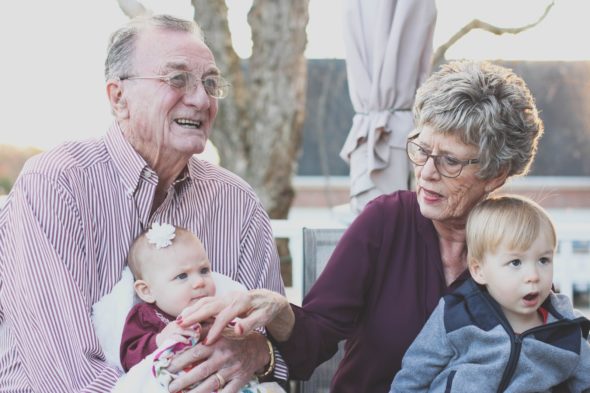 For the 15 million Americans afflicted with age-related macular degeneration (AMD), vision is not something to be taken lightly. As this terrible condition slowly robs them of bits and pieces of their lives, they are forced to simply wait. They know that they may become completely blind and there has been little doctors could do to help. Until now.

A progressive eye condition, age-related macular degeneration (AMD) is a common and incurable illness that mostly affects seniors. As the ailment progresses and the central retina deteriorates, it becomes more difficult to recognize faces, read, watch television, and drive.

AMD impacts the middle of your retina, a part called the macula, that focuses central vision. While the edges of your vision remain clear, the progression of this condition causes gray or black splotches to occur in the macula. Eventually, AMD can cause blindness. If caught early enough, and depending on whether wet or dry AMD is involved, some vision loss can be prevented.

Treatment in the past

In past years, there have been few treatments available to those suffering from this condition. Dr. Sarah Doyle, Assistant Professor of immunology at Trinity College Dublin, explains the reason:

“The lack of approved therapies for AMD is mainly because the factors involved in triggering the disease are not very well understood. Understanding and identifying early molecular events that may trigger dry AMD will allow us to develop a more targeted approach to therapy.”

The few treatments available are often quite invasive, such as eye injections and several forms of laser therapy. These only slow the disease’s progression in a percentage of patients. Vitamins and low vision aids are the only non-invasive options that have been available so far and tend to only ease discomfort.

For decades, scientists have searched for the causes behind this devastating  eye condition. They know that two separate biological processes contribute to it:

The first process is often caused by sun damage, blue light radiation, and aging. Scientists couldn’t figure out, however, why the second process, which was directing the eye to destroy its own cells, was occurring.

An exciting new study completed at Trinity College Dublin in the beginning of this year finally offered a possible answer. A molecule called “TLR2” was implicated in this study as the critical bridge between oxidative damage and complement-mediated retinal damage.

What this means for AMD today

TLR2 is on the surfaces of all cells in the eye. It directs the eye’s immune system by recognizing dangerous chemicals and signaling the destruction of these chemicals. This study has shown that TLR2 in individuals with AMD has been recognizing oxidative stress as an infection, prompting it to tag stressed cells as dangerous.

Scientists participating in this study removed TLR2 from their experimental model systems. This simple step slows the second biological process that occurs in AMD patients and, in turn, protects the cells needed for vision. Dr. Doyle, who led this study, explained that “regulating the activity of TLR2 may, over time, help to prevent the progression of [AMD].”

If you have questions or concerns about AMD, your risks, or your general eye health, don’t hesitate to reach out to either of our Christiansburg or Salem locations by phone or email. We are always here to support you.

Previous: Spring and Your Pesky Eye Allergies
Next: See, Style, and Shade This Summer